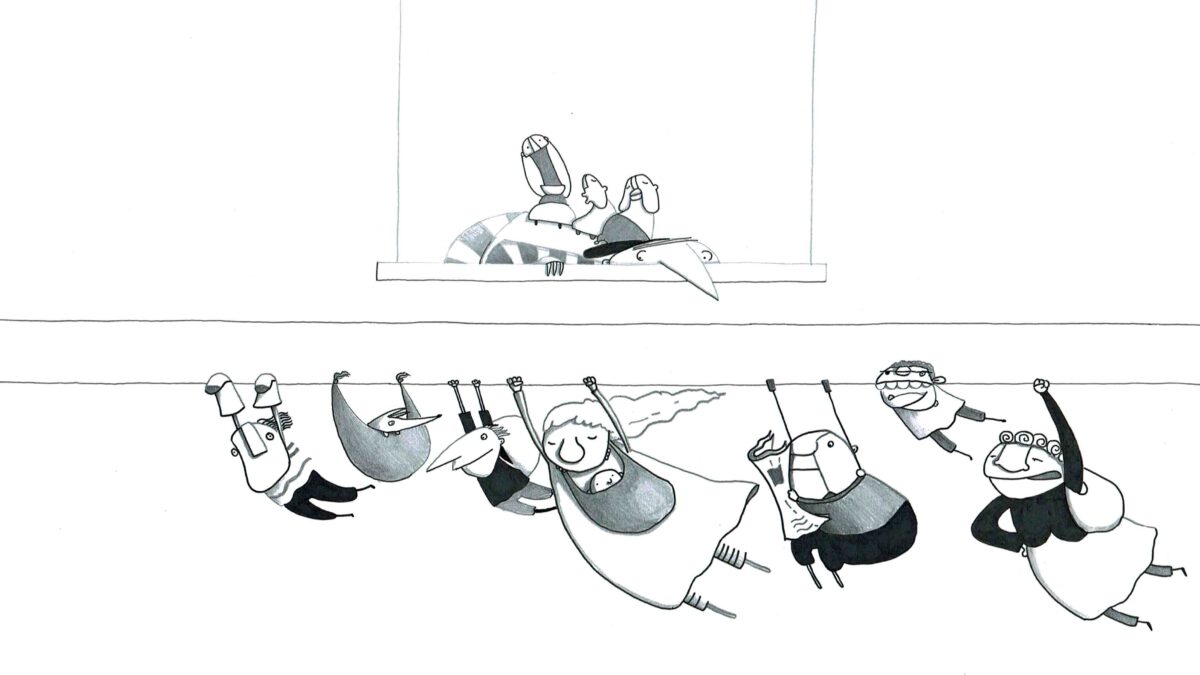 From 6 years old, when most of the stories presented are without dialogs, welcoming all children and their families, non-portuguese and portuguese speaking ones.

A story about love, good and evil.

A boy has a crush on another boy and he is too shy to confess, but his heart is not so reticent.

Ivor’s life was turned inside out after the fall of one of his flower pots, which aroused a series of fears …

Foi o Fio (Once upon a Thread)

A yarn ball woman, an old woman who spends her days looking out the window, and a seller of clothes that fall from the clotheslines, are connected by a thread. The three women lead the actions of other characters and the inevitable fate of a woman with her husband at her back.

The short tells the story of a boy who rather spends his time indoors playing video games instead of discovering what is waiting outside the door. One day his Mum decides to get a little surprise for his son, which makes it hard for him to concentrate on his video game.

Inspired by the true story of António Feliciano, the last of the itinerant cinema projectionists in Europe, who went around Alentejo to show films in the central squares of towns and cities. The story recalls some classics and characters from the big screen, from Chuck Norris to Indiana Jones, passing through “King Kong”, “Jurassic Park” and “Vertigo”, by Hitchcock. Nowadays, most people choose instead to sit and see it on the tv or on the computer.